Founded in 2016, and headquartered in Santa Clara, California, KeraCel was initially known in the 3D printing industry as an organisation that uses the technology to manufacture multi-material ceramic batteries or 3D printed solid-state batteries. The company’s journey has taken a fascinating twist when it decided to rebrand as Sakuù Corporation, a rebranding that reflects alignment with advanced additive manufacturing platform as it became clear for industries since then that the company is not just a user of 3D printing technologies, but a developer of its own technology. In a nutshell, this rebranding was meaningful for both the company’s future and what it wanted to convey to industries.

From the outset, Robert Bagheri, CEO told 3D ADEPT Media: “Our rebrand to Sakuù, meaning “bloom” in Japanese and “platform” in Arabic, signals a new stage for us as an AM company for all active devices, not just batteries. We’ve kept the name KeraCel™ for our solid-state battery, but we were keen to now position ourselves as an enabler for manufacturers to tackle more complex fully functional devices at high-volume with our agile AM platform.”

The company’s new vision was followed by other exciting announcements which include for instance, the three patents related to its technology and the development of the first generation of solid-state batteries (SSBs). In the middle of these advancements, we feel it was the right time to catch up with Bagheri to understand the world of SSBs and its constraints, the company’s 3D printing technology applications and how far they can go to meet industries’ requirements.

The focus on solid state-batteries

The manufacture of solid state-batteries (SSBs) has found a wide utilization in pacemakers, RFID and wearable devices. Often compared to lithium-ion batteries which integrate a heavy liquid or polymer gel electrolyte, SSBs require the use of a solid electrolyte that can come in the form of glass, ceramics, or other materials like solid polymer. Unlike lithium-ion batteries, SSBs are often said to provide better safety efficiency, high energy density, and a wide variety of operating temperatures.

Indeed, with a solid-state electrolyte, batteries can withstand more discharge and charge cycles than lithium-ion batteries. This is made possible because they don’t have to suffer electrode corrosion caused by chemicals in the liquid electrolyte or the build-up of solid layers in the electrolyte that deteriorates battery life. In addition, SSBs could be re-charged up to seven times more, having therefore, a potential lifespan of ten years as opposed to the couple of years a lithium-ion battery is expected to effectively last for.

As industries like the automotive are encouraging applications of sustainable energy sources – which means getting energy from somewhere other than an internal combustion engine -, recent developments saw interesting advancements in hybrids and electric vehicles. The good news here is that batteries can take the place of fossil fuels. However, there is still a long road to go, as SSBs are not yet being used in mass-market cars.

Despite their potential for e-mobility, Bagheri said, “their complex manufacture, especially in the high-volume needed to keep up with demand, means they’re not yet at the stage to be implemented in EVs. Today’s low energy density SSBs are also characterised by thick, brittle ceramic layers and poor interface.”

“SSBs are praised so highly because of how they overcome safety risks that are prevalent in lithium-ion batteries. The fact that they do not use flammable materials enables the implementation of ultra-fast charging technology, without the danger of battery fires. The sooner we can get SSBs implemented into EVs, the sooner common consumer worries surrounding EVs, like range, can be eliminated”, he adds. The truth is, from a manufacturing standpoint, SSBs face constraints related to energy and power density, durability, material costs, sensitivity and stability. According to experts in the field, they are also traditionally expensive to develop and rely on manufacturing processes thought to be difficult to scale, requiring expensive vacuum deposition equipment. All of which can be improved with additive manufacturing technologies.

Sakuù’s CEO explains that their team has worked around these barriers by bringing AM into the game. With their platform, they can produce rapidly and in volume production, SSBs that compared to lithium-ion batteries offer some crucial advantages.

“It can deliver twice the energy capacity as we’re packing 1,200 watts per litre in the same volume size. Or if we keep the same energy density, the cost will be halved because the size is halved. And on that important issue of cost, since our platform uses easy to obtain materials, such as ceramic, it’s a lot less expensive for the manufacturer. Locally sourcing materials also reduces reliance on overseas imports which can, as we’ve seen during the pandemic, be unstable. Our AM platform will ensure every single layer is tested, so that nothing is wasted, thereby significantly reducing costs that would come with faulty applications”, he lays emphasis on.

Although we wanted him to give away some of the firm’s secrets regarding this platform – and we know he couldn’t do so for the sake of IP -, the CEO explained that their AM process is both multi-material and multi-process. This means, it perfectly meets the requirements to produce a solid electrolyte using ceramics or other complex devices using metals. They have also developed their propriety support material called PoraLyte™.

“Using a combination of powder bed and jetted material deposition, the platform prints the device in a single layer without the need to assemble externally”, our interviewee points out.

In a recent press communication about this 3D printer, we also learned that the platform is modular, which means that modules can be added, depending on the application. So, if a customer wants an option for photopolymerization, he could probably have it – in addition to other previously mentioned modules.

We couldn’t help but raise Bagheri’s attention on the fact that they claim to develop a 100% recyclable technology.

To this, he reminded us that they are dealing with only half the level of materials to begin with, and everything they are creating is done in powder form, so it is all recyclable. “This powder-to-powder process means that once a KeraCel™ battery is at end of its life, we can reclaim almost all of the materials. Unlike the case with lithium-ion options, there is no requirement to extract graphite and the absence of polymer means no incineration or burial in landfill. All in all, this ensures a recycling process of ceramics and metals that is both cheaper and easier compared to conventional methods”, he outlines.

Moreover, as EVs are at the forefront of the debate to address climate change concerns, Bagheri believes that one should recognize that “they’re not a solve-all, but undeniably will reduce emissions significantly.”

While we may expect a greater uptake among consumers, in parallel with an increased discouragement by governments for fuelled cars, industries should be aware of a few changes that need to be made.

“First, the range of EVs needs to increase – range anxiety is very much a pain-point that remains an issue for many consumers. This is something that e-mobility manufacturers need to look at, especially when you consider that not everyone lives in towns or cities, and so do not have easy access to charging stations. Secondly, the cost of EVS is also an issue; they’re too expensive for many consumers to own, let alone upkeep, which coupled with the range problem makes for an important combination that wields a lot of weight insofar as influencing the buying decision.

Thanks to the way in which Sakuù is addressing these crucial issues, I do think our own technology will support an acceleration to greater uptake by making EVs more accessible” Bagheri argues.

However, although the current focus is made on EVs, let’s recall that Sakuù’s 3D printing platform can enable applications beyond the energy/automotive industries. Other applications include active components like sensors and electric motors for aerospace and automotive; power banks and heatsinks for consumer electronics; PH, temperature and pressure sensors within IoT; and pathogen detectors and microfluidic devices for medical machines, to name a few.

“Microreactors in healthcare for example, are currently quite expensive to make, while Sakuù’s platform has the potential to do it for just a few dollars”, the spokesperson said.

Well, almost all has been said. Sakuù is making the right steps, slowly but surely. Its 3D printing technology is not yet ready to produce a full car battery, but that’s something the company will certainly achieve in the future, and at a mass manufacturing level.

For now, the Sakuù Alpha Platform is set to be released later this year, with Beta platforms being targeted for installation and testing with the company’s customers this year.

“We are already working on the higher performance of our platform’s next generation, which is set for release late this year. The possibility with this technology is huge for a variety of industries beyond energy, so what we’re most excited to see is how others use our unique technology and how it could transform manufacturing as we know it”, Bagheri concludes.

This interview has first been published in the March/April edition of 3D ADEPT Mag.

Remember, you can post job opportunities in the AM Industry on 3D ADEPT Media free of charge or look for a job via our job board. Make sure to follow us on our social networks and subscribe to our weekly newsletter : Facebook, Twitter, LinkedIn & Instagram ! If you want to be featured in the next issue of our digital magazine or if you hear a story that needs to be heard, make sure to send it to contact@3dadept.com.

Olaf Diegel and John Barnes on the little wins of the 2022 AM market, and questions AM users are asking themselves 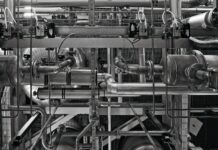 AM Shapers: the triple bottom line and the confluence of forces changing the manufacturing landscape of (3D printed) valves 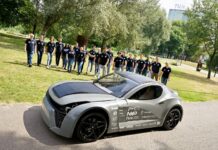