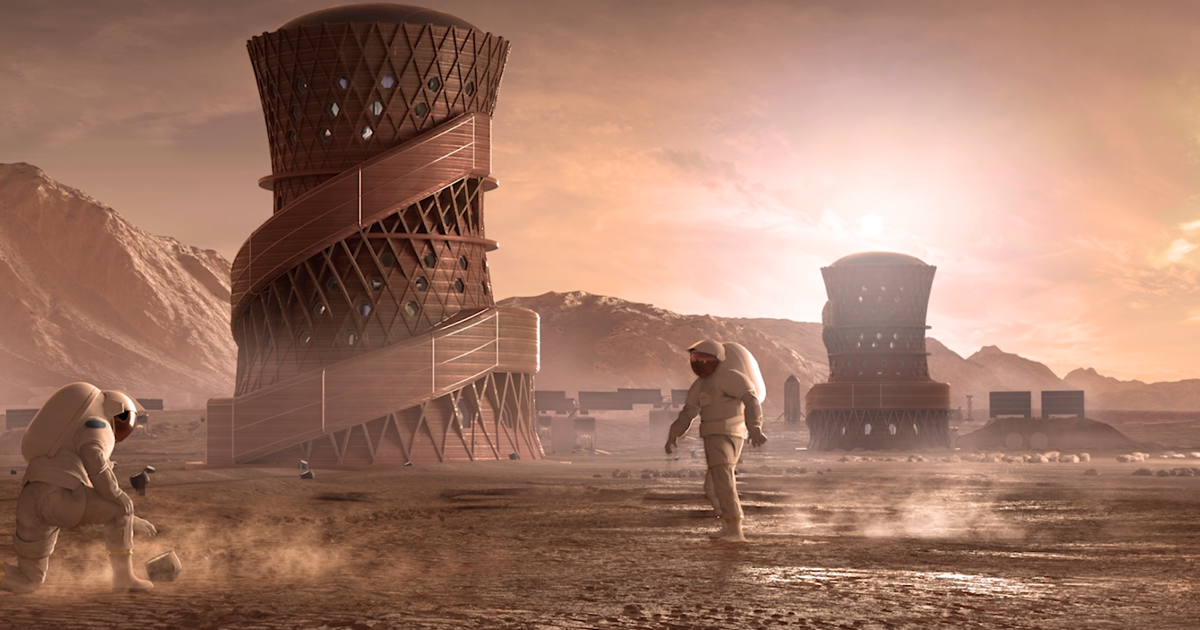 NASA’s 3D-Printed Habitat Challenge organized in partnership with Bradley University, lasted four years. The participants had to design and construct habitats for the future Martian colonies, demonstrating the suitability of the 3D printing technology. $700,000 were awarded to two teams that made it to the final round. More than 60 teams participated in the competition. 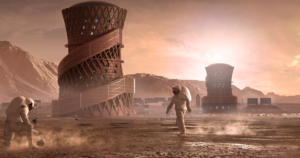 The second place was awarded to Pennsylvania State University team, which got $200,000 for its efforts. The first place and the top prize of $500,000 were won by AI Space Factory, self-described as multi-planetary architectural and technology design agency.

Both teams used construction 3D printers, based on multiaxial industrial robot manipulators. A plant-based biopolymer mixed with basaltic fibers served as a material for AI SpaceFactory’s project. The substance extrudes at about 350 degrees Fahrenheit (175 degrees Celsius). In terrestrial conditions it takes about 5 minutes for it to cool and solidify. The prototype was about 15 feet (4.5m) high and 8 feet (2.5m) in diameter. Competitors from Pennsylvania decided to use concrete that is more familiar and faced a number of problems: first, the conveyor belt that transported cement powder had malfunctioned, causing trouble with the extrusion. Then they had to recalibrate the robotic arm, as it shifted after they changed the printer’s nozzle head. Due to both scheduled and unscheduled stops, the sturdiness of the construction suffered.

AI SpaceFactory also encountered difficulties, although not so critical. The main problem was that the composite layers near the top started to slump. Due to the narrowing diameter the speed of construction drastically increased and the upper layers couldn’t harden in time. The problem was solved by simply decreasing the speed of 3D printing. Unfortunately, this problem caused a blunder during the final stage of the competition: because of the deformation of the upper part of the structure, the opening at the top was too wide and when the robot capped the structure with the skylight cover, the cap fell through and hit the floor with a wallop. However, during a compression test the polymeric structure performed better than its concrete counterpart: it creaked only when the excavator compressing it began to rise off the ground. The maximum force of compression estimated at about 50,000 pounds (22.6 tonnes). 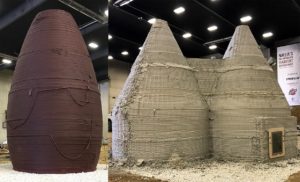 The competition has officially ended, but the organizers are considering adding the fourth additional round so that the best teams could refine their projects and compete with each other once again. The AI SpaceFactory project was named MARSHA, however, the first construction site for these martian buildings will be the planet Earth, not Mars. In the near future, AI SpaceFactory is planning to launch a crowdfunding company to raise funds for the construction of TERA, a complex that is going to mimic the possible appearance of the future martian colonies. The team is going to recycle the materials from MARSHA and use them again to construct TERA. This highlights another difference in the 2 approaches. AI SpaceFactory’s production is more environmentally friendly.

“We developed these technologies for Space, but they have the potential to transform the way we build on Earth. By using natural, biodegradable materials grown from crops, we could eliminate the building industry’s massive waste of unrecyclable concrete and restore our planet,” said David Mallott, CEO and Founder of AI SpaceFactory. For twenty years, David has been working on projects for New York skyscrapers.

You can now post free of charge job opportunities in the AM Industry on 3D ADEPT Media.