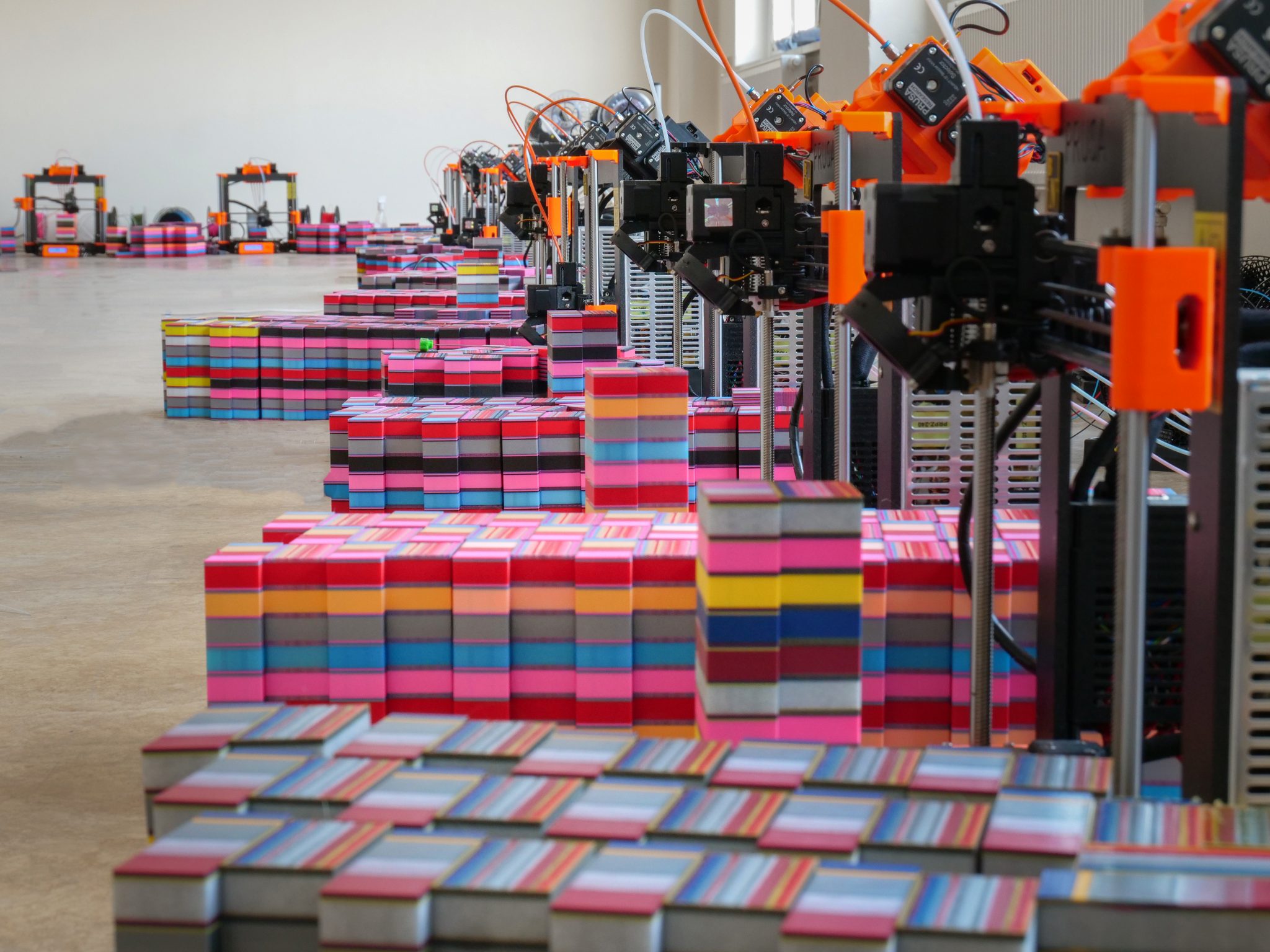 With 100,000 3D printers shipped so far, Prusa 3D printers are certainly part of the most sold 3D printers in the makers’ community. This success is certainly due to a community that is willing to provide accurate feedback when necessary. Based on customers’ feedback, the manufacturer has been able to upgrade two of his products: MK3S and MMU2s. Like you may know, constructive criticism helps to move forward.

A completely reworked extruder with a new filament sensor has been integrated into the Original Prusa MK3S. According to customers’ feedback, the previous sensor was not really compatible with some filaments. So, after several testing, Josef Prusa and his team produced a sensor that uses the optical sensor which functions by a simple mechanical lever. “This sensor doesn’t care about the optical properties of the filament (it can be completely invisible) and cannot die because of mechanical wear”, explained Prusa.

Furthermore, with the new upgrades, users will not have to remove the whole extruder if they want to change the nozzle or PTFE tube. The improved cooling process results in less noise and better prints.

“And, of course, the MK3S includes all the cumulative upgrades from the entire life cycle of the MK3. Before the release, we have made several improvements – like using genuine Gates belts, we also replaced the spiral wraps with textile sleeves, created a new Einsy case, added an anti-rust coating on smooth PEI sheets and, of course, there are dozens of firmware and plastic parts enhancements”, said Prusa.

The MMU2S is an upgrade version of the MMU2. The main issue with that printer was the reloading. With the MMU2S, the filament will reach the Bondtech gears. It should be noted that the filament sensor detects when the idler doors open a bit as the filament pushes Bondtechs apart.

“The testing process of the MMU2S took 2 months to finish, we used 20 printers and we printed 478 test blocks designed to test frequent switching of all five filaments. There were two types of blocks: the first one took 19 hours to print, it has 607 filament changes and the second one took around 70 hours to print, while it had 3520 filament changes, so the total value of filament changes was nearly 600.000. Both blocks were designed to test frequent filament changes (even in higher layers). More than 93 % of these prints were successfully completed (about 19 % of prints required user attention, but they did not fail) and we are still working on the firmware improvements to decrease the number of failed prints even more” explains Prusa on his website.

Shipments of the new MK3S have started on February 8th. However, those who bought the 3D printer from January 28th onwards will receive a voucher for the upgrade for free during the upcoming days. Discover more about the different upgrades on the manufacturer’s website.

For further information about 3D Printing, follow us on our social networks and subscribe to our newsletter