Avi Reichental is certainly one of the most iconic figures in the additive manufacturing industry. At Formnext, we met a man who is both simple and inspiring, an encounter that raised questions about the emergence of 4D printing, the fusion of robotics, artificial intelligence and 3D printing, questions that go beyond 3D printing / additive manufacturing. By answering them, Avi gives professionals another approach to new technologies.

Avi, you are a man that wears several hats. How would you describe yourself?

I am a passionate entrepreneur that is excited about Additive Manufacturing, generative design and artificial intelligence. I am a venture investor, I invest in both early stage companies and more mature companies.

I have been committed to spreading exponential technologies at Singularity University, I believe in the convergence of technologies to create abundance for humanity.

Beyond all of that, I am a mentor, a father, a grandfather…and a wine maker. I am just a person that thrives on creating, making and building things.

Speaking of creation and fabrication, could you describe the development of your activities over the last three years?

I dedicated the last three years of my career to finding early stage companies all over the world that have the capacity to break some of the barriers that slow growth in the industry, barriers in terms od size, value, and material performance; the aim being to give a chance to this technology to move into the manufacturing floor and bring a serious input to injection molding and other traditional manufacturing processes.

So, over the last three years, we were the first investors in early stages companies. Those companies did not only come from the USA: NXT Factory for instance, moves from Poland to our California facility, Nexa3D moves from Italy to California. We also invested in Indian companies: a medical device company called Supercraft3D. We invested in Californian companies, Israel-based companies and we have built an incredible ecosystem in our facility, XponentialWorks.

We also found interest in mid-market companies such as Techniplas, automakers, suppliers…because they are looking for the various technologies that our early stage companies are developing. They want to figure out how to implement those technologies in factories and how to become more innovative to their customers.

Tell us about the concept of “XponentialWorks”

“XponentialWorks” is a concept that aims to grow up with all of our portfolio companies. In other terms, startups will join forces with medium-sized companies that can give them faster access to early validation of products and help them through their transformation.

On the other hand, mid-sized companies will benefit from early access to technologies, and will learn to mimic the way startups make decisions and become more agile.

It is therefore a win-win ecosystem.  We have learned over time that this is the best way to break all the barriers of AM, by building this ecosystem. So, we are really excited, we are having fun in making the difference.

What do you think about the emergence of 4D printing?

4D Printing is still in early research phase. It is an interesting field. It brings up the idea that materials can have memory, they could construct into geometries and deconstruct…but I don’t think, that in the next decade, we will stop talking about 3D printing and start talking about 4D printing.

As a matter of fact, many industries will take a long time to consider the adoption of this technology before its emergence. After all, we are seeing in Formnext 2018 the original stereolithography process after 40 years of development…3D Printing became mainstream as a big idea only in 2013. Five years ago, it finally exploded into the public mind after many decades of development.

What about the fusion of robotics & 3D printing? Do you think it is going to replace humans?

I make a lot of AI-related investments and I am very plugged into this world of the convergence of robotics & 3D printing. The reality is, yes, more and more jobs and services will be replaced by autonomously guided printers, factories will receive integrated systems that will have 3D printing, robotics & AI, working all together. I called it augmented manufacturing.

Augmented manufacturing is coming, and is going to change traditional manufacturing as we know it. Jobs will change, jobs that require certain repetitive tasks will go away and that’s something we are going to manage carefully as innovators, entrepreneurs & business leaders because the disruption is happening faster than our ability to create the replacement.

At XponentialWorks, our aim is to share our knowledge in order to help manage this disruption. We think, it is great to bring all these incredible technologies to market and to benefit from them, economically, but it is also important to create the foundation of jobs for the future in the same time.

What are you actually doing about it?

A few weeks ago, I announced that I am going to donate a lifetime of 3D printing services to every Xprize team. XPRIZE has designed and launched prizes in various domains including Energy and Robotics.

We decided to also fund a Xprize design that will incentivize people to come up with more efficient power, rechargeable energies stored which will allow us to not only generate energy from solar energy but also store it in using.

Speaking of Formnext that was mentioned earlier, discover in this video the biggest announcements of XponentialWorks during the event:

There’s never been a more exciting or better time to be in 3D printing & additive manufacturing. The opportunities that aroused are really incredible although many challenges remain. We haven’t [yet] solved everything, nobody can do it alone. We need coalitions, ecosystems and partnerships.

Would you like to be featured in the next issue of our digital magazine? Send us an email at contact@3dadept.com
//pagead2.googlesyndication.com/pagead/js/adsbygoogle.js 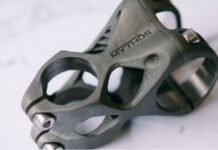 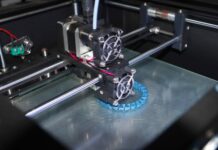 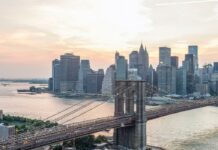