Two (ex-) competitive cyclists, Jules de Cock and Noah van Horen have always been intrigued by factors that influence a cycling race. They have founded SPEECO to explore solutions that will improve the cycling experience of professionals and enthusiasts in the field. At the heart of SPEECO, there is the production of custom bike handlebars using 3D printers.  In this guest column, Noah van Horen, designer for Speeco and Thom Spermon, who implements additive technologies for Speeco, recount the experience cyclists can go through, the reasons why 3D printing comes into play, its advantages but also what they wish to improve.

The fall and rise of custom products in cycling

Custom products have been common in road cycling since the early days. For many years, pro riders had their individual preferred frame builder that welded a couple of frames, which were then repainted in the team sponsor’s colours and decals.

To counteract riders getting unfair advantages from custom inaccessible components the international cycling union (UCI) introduced rules on the mandatory commercialization of components and additionally homologation of frames and wheels in 1997. Meaning all components used in a race must be available to a customer within a 3 month lead-time, while frames and wheels must have all sizes and variations permitted by the UCI.

Custom products disappeared and breakthroughs were made in mass producing composite frames that fit an as large as possible range of people, keeping the amount of moulds and different processes to a minimum. Until 2015, when team Sky provided professional cyclist Bradley Wiggins with a set of aerodynamically optimised titanium, 3D printed time trial extensions, which support and enclose his forearms in an aerodynamic position, for his hour record attempt. In 2017, the entire team sponsored by Sky rode on custom 3D printed time trial extensions, and soon the rest of the peloton couldn’t stay behind.

Other high end component fabricators therefore followed the same path. Starting by providing a pair for world record attempts or Olympic races, and started supplying them for ‘normal’ races afterwards.

The big difference however is these companies use of a relatively cheaper material, carbon fibre, but a much more labor-intensive process involving either handmade molds or expensive molds milled from steel. Resulting in the case of both the titanium, as the carbon fibre options being out of the league of most riders at €4500-€8000 ($5291 – $9407).

A constant tradeoff between labor and cost

We believe there is a golden mean. When Jules de Cock – SPEECO’s Co-founder did his graduating project in ‘standard’ composite manufacturing, there was a foundation to start designing and testing different processes. After a couple of months, we were able to manufacture a carbon fibre end-product from simple, FDM printed molds.

To further cut down labour, we took two new riders, looked at possible variations between their individual needs, and developed a parametric design for time trial extensions. It was now possible to get dimensions from riders who were not near us or even on the same continent and fabricate them a perfect fitting product. Once a 3D model based on their dimensions is generated and 3D printed using a FDM 3D printer and PLA as material, the riders receive the sample, review it, provide feedback, and the carbon fiber end-products are built only after we receive this feedback.  A whole process that enables us to minimize as much as possible labour.

This process has now been extended to three different products, with more products launching this summer. For new product development, we collaborate with a discipline pioneer to create a perfectly fitting product, for the Triathlon extensions we worked with Dutch champion Erik-Simon Strijk, the ABB (Aero Breakaway bar) was made in collaboration with track world champion Jan Willem van Schip. When the cooperating rider is happy with the design and mechanical properties, the model is parametrized and we sell it worldwide. While that works, there is still room for improvement and implementation of more additive technologies.

What we aim to achieve moving forward

We have spoken about what we have already achieved, but we want to look forward as well. While polishing our current processes, we are researching and developing new products as well. In the current production process, labour is still predominant.

One way to overcome it would be to automate more parts of the process by integrating different parts of the end-product in one larger print and saving time on alignment.

Due to the complexity of the parts, this would require a new approach of the FDM process, one in which the process is elevated to a true 3D process, in which the print head moves over all axis at the same time ensuring a better finish in which stepping will not be as present. This could be done with a setup similar to most 3D printers that are currently in the market, which makes it accessible within the near future.

Another approach could be to use a robot arm in a manner that is similar to WAAM. With adequate cooling, this would allow for very complex shapes to be printable. Within such a setup, it would also be possible to integrate a multi material process that would allow for TPU printing within the handlebars, opening up a new realm of possibilities for the customization of products.

Another solution that comes to mind could be to use a filled material, which would enable to skip the carbon layering or at least part of the layering process. There are already a lot of different carbon and kevlar-filled materials on the market, with all kinds of different base materials to print with. These materials can produce very durable end-use parts in different (industrial) applications, one of the drawbacks however is that these materials usually require a high infill or even solid print to ensure stiffness and strength. The products we currently produce require a certain degree of lightness and in most cases a way of internally routing cables as well. Both of these requirements make it harder to make end-use parts with printing.

Another crucial point is the orientation of the parts, the way that strength is dependent on layer orientation in FDM printing and the complexity of the parts means that it is almost impossible to find an orientation in which parts are strong enough without any additional carbon layering. It is very challenging to address this issue but not impossible. Indeed, the dynamic load produced by the rider on the parts, especially during a race, can be very harsh. It often happens that riders cycle closely together at high speeds during a race, the consequences of a crash during such a moment are tremendous. This means that it is of utmost priority that the parts are able to endure these loads. Not to mention that the structure of carbon fiber and kevlar mats minimize the risk of a product failure, but such a structure and insurance is hard to replicate with just 3D printing.

The innovation in the 3D printing industry is so rapid that the possibilities of producing end-use cycling parts are getting closer every day.

Despite the array of possibilities 3D printing enables, we currently focus on producing mostly handlebars and handlebar extensions. Too much sports equipment has been standardized over the years, creating products that almost fits everybody, but in reality fits nobody. Utilizing additive technologies opens up possibilities to disrupt this and we are looking forward to seeing where it leads. 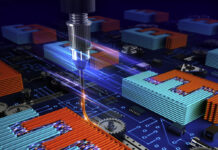 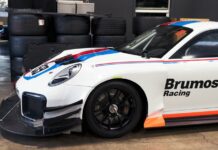