The Tokyo Olympic Games have given way to the Paralympics in the country. As seen with a few teams that took part in the Olympic Games, some Paralympic athletes did not hesitate to leverage 3D printing to improve performance of their equipment.

We have just discovered an interesting example with Joe Townsend, a paratriathlete that you probably know from the many medals he won at the Paralympics, Invictus Games, in the UK. The Royal Marine Commando lost both legs in an explosion in Afghanistan in 2008 and since then, has built an admirable career in sport.

The paratriathlete is no stranger to 3D printing as he had already relied on the technology for the production of 3D printing bespoke parts for his adaptive racing bike. As he was looking to enhance his performance for the 2020 Paralympics games, he turned to Solid Print3D, a sister business of Solid Solutions – large UK-based SOLIDWORKS reseller-, which provides 3D printing services.

Townsend’s idea was to adapt the handgrips he uses to pedal his adaptive bike. The handgrips should be strong enough to withstand the force the athlete should put through the handles. Not to mention that this large amount of force may also cause some injuries hence the importance to build parts with the right material and technology. While no exact information has been given on the desired mechanical properties that the parts should have, we do know the desktop Markforged Mark Two 3D printer—a continuous carbon fiber composite system— has been utilized to fabricate the bespoke bike parts.

According to Townsend, the new components enable him to achieve as much power as possible through the cranks without worrying about hurting his shoulders during the race. 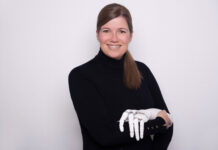 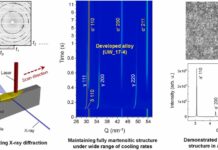 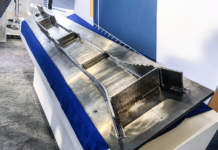