This was the first time Fleet Space’s all-metal patch antennas were entirely 3D printed, paving way for a future constellation to be fully manufactured the same way.

Private space company Fleet Space recently announced it has made contact with its 12-kilogram satellite that successfully launched into orbit. As a reminder, the Australian company that recently chose Houston (USA) as an anchor location that feeds satellite offices in California and eventually the East Coast places Fleet, is committed to creating the world’s most advanced low-power satellite network

Launched on the Space X Falcon 9 Transporter-5 mission, the Centauri 5 satellite benefited from advances in Additive Manufacturing and demonstrated how far AM could be integrated to the development of its low-power satellite network. Indeed, the construction of its patch antennas also feeds into the development of the upcoming fully additively manufactured micro Alpha constellation, scheduled for launch in 2023.

“We’ve built our business and reputation by consistently delivering on our stated goals and developing technologies that address real human and commercial needs reliably and cost-effectively,” said Flavia Tata Nardini, the CEO and co-founder of the company.

This new satellite has been enhanced with technology to mitigate the effects of radiation that typically impacts payloads in LEO. It would also operate an extended S-band range with digital beamforming, which will bolster the satellite’s data rate and capacity up by 2.6 times. (Beamforming is a radio frequency management system where a wireless signal is directed towards a specific receiving device.)

This means that S-band frequency channels can be reused on different beams, according to Fleet.

“Centauri 5 will bring important new capabilities to our existing constellation. It also supports the development of our forthcoming Alpha constellation, which enables our pioneering ExoSphere mineral exploration tool with transformational benefits for the exploration of critical energy transition materials,” Nardini said.

During 2023, Fleet is slated to deliver a fully 3D printed micro-Alpha constellation alongside the Centauri in LEO. Fleet said the two will work side by side and provide continuous coverage with data rates up to 520 kbps.

Source: Space Connect. Remember, you can post job opportunities in the AM Industry on 3D ADEPT Media free of charge or look for a job via our job board. Make sure to follow us on our social networks and subscribe to our weekly newsletter : Facebook, Twitter, LinkedIn & Instagram ! If you want to be featured in the next issue of our digital magazine or if you hear a story that needs to be heard, make sure you send it to contact@3dadept.com 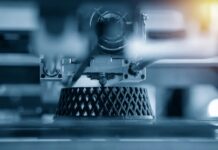 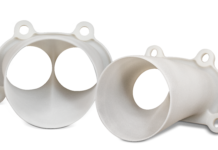 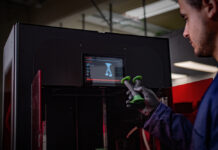