Any machinery environment often provides an opportunity for 3D printing to produce parts. One that we discover today is the glass manufacturing industry where various machines can be used to produce parts according to specific purposes. They range for instance, from various stand-alone machines, modular machines and systems for the washing, cutting, edging, bevelling, drilling, polishing, tempering, laminating, painting to marking of glass.

The LiSEC group, a company that specializes in all-in-one flat glass processing and finishing solutions has been exploring SLS 3D printing for a while for components, spare parts and prototypes. Benjamin Kaubeck, head of Apprenticeship training at LiSEC us leading the team who has been leveraging AM for three years.

The company says AM is currently used alongside subtractive CNC milling machines within the workshop. «We want our apprentices to learn about 3D printing processes at an early stage so that they can hold their designs in their hands and put them to good use in the shortest time possible», emphasizes Kaubeck. For the head of apprenticeship training, 3D printing is a necessity in a modern machine park.

Accroding to Alex Wieser, responsible for the 3D printing division at LiSEC, FDM printing is used for functional prototypes – “we switch to selective laser sintering (SLS) as soon as we need a good finish, as well as dimensionally accurate and form-stable parts», he said.

The electrical engineering instructor explains that to meet the growing demands at the factory, LiSEC invested in a Sintratec S2 system about a year ago. «With the SLS process, we produce a lot of spare parts, which allows us to support our customers faster – and that is our main goal», says Benjamin Kaubeck.

The Sintratec S2 is used almost daily at LiSEC to produce prototypes and medium-sized production parts using the robust PA12 material. For example, a bending test rig was constructed and printed to measure the force required to deform an aluminum frame. Also installed on the glass processing machines are various covers, cable clamps, or brackets that were realized with the Sintratec S2.  Another example can be found at a filling plant, where granulate is inserted into glass frames for insulation. Here, the team sintered the molecular containers to test their own new shapes, a press release reports.

After about a year in use, the industrial 3D printing solution has convinced the instructors at LiSEC. «We are positively surprised by the Sintratec technology and very enthusiastic about the cylindrical build volume as well as the handling of the machine», emphasizes Benjamin Kaubeck.

This feature has first been published in the September/October edition of 3D ADEPT Mag. Remember, you can post job opportunities in the AM Industry on 3D ADEPT Media free of charge or look for a job via our job board. Make sure to follow us on our social networks and subscribe to our weekly newsletter : Facebook, Twitter, LinkedIn & Instagram ! If you want to be featured in the next issue of our digital magazine or if you hear a story that needs to be heard, make sure to send it to contact@3dadept.com 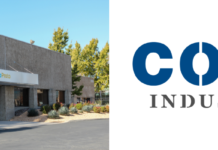 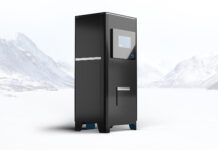 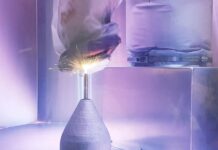