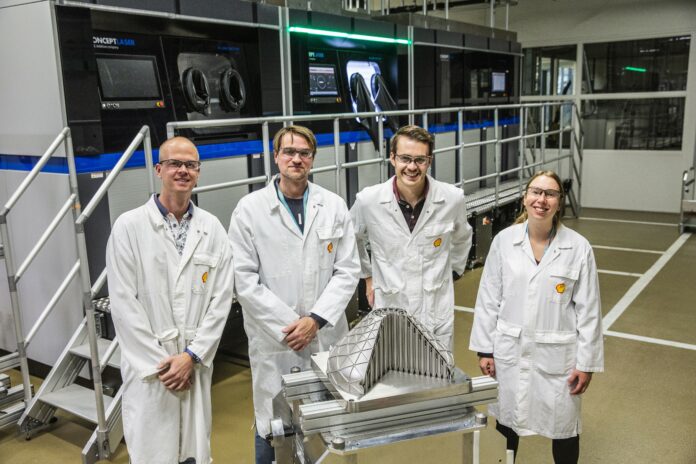 Shell maintains a leading 3D printing facility at ETCA in proximity to its scientists and partner companies to leverage additive manufacturing to prototype, as well as print functional parts. Having its own printing capability grants Shell’s R&D department the freedom and speed to create novel parts not available in the market, and solve new technical challenges in support of the energy transition.

Joost Kroon, an additive technology subject matter expert at Shell explains, “We really wanted to put the M Line through its paces and test it to its limits. Working with the GE Additive team we agreed to apply additive technology to reimagine a large, complex part, incorporating channels that would be difficult to manufacture conventionally. Working on an oxygen hydrogen micromixer aligns well with our companies’ strategies to play a positive role in the energy transition.”

Taking Inspiration from Geometry in Nature
Sonali Sonawane Thakker, a lead design engineer at GE Additive’s AddWorks team based in Munich was tasked with researching, designing and iterating the final design on display at formnext. Her brief was to design a part that was large, complex and incorporated channels for hydrogen and compressed oxygen. Sonawane Thakker was able to deploy the design freedoms that additive technology affords to rethink the structure and the shape of the part.

“Once we had settled on a part, our preliminary research showed that existing micromixers – also known as hydrogen-oxygen burners – are typically cylindrical, when conventionally manufactured, to accommodate the complex layout of tanks, pipes and nozzles. For additional complexity we chose a large conical design and also moved from a flat to a curved structure with an ISO grid to increase the overall strength, rather than a customary flat one.”

Sonawane Thakker sought inspiration from geometries and symmetry in the natural world, in particular the Fibonnaci sequence replicated in flowers and petals.

“With over 330 individual nozzles to incorporate in a circular pattern, I took inspiration from the ways pollen grains form in a flower head. The curved wall and the conical shape also reflects the shape of a petal,” she added. 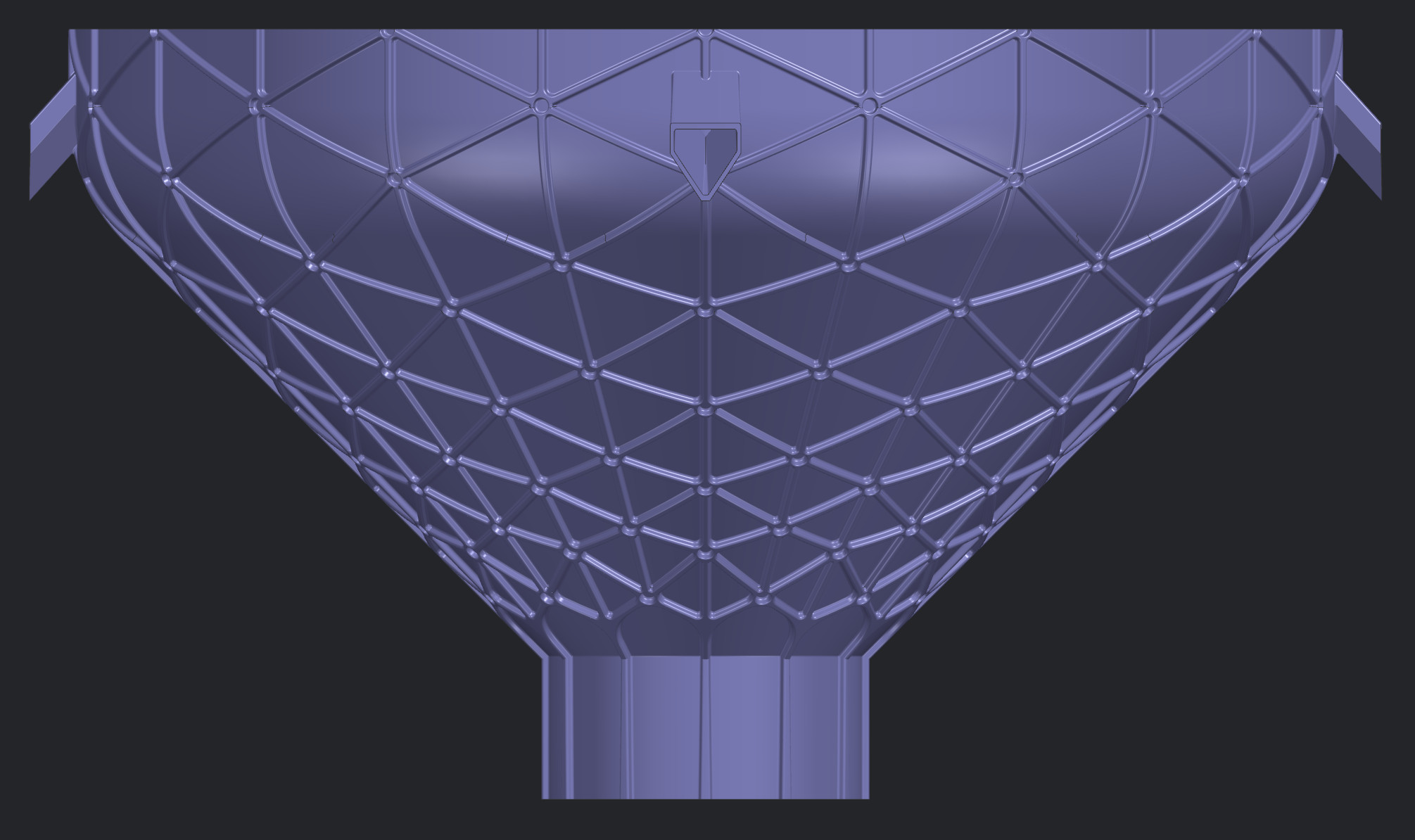 Build & post-processing
Following feasibility reviews and iterations by Shell and GE Additive teams, the design and dimensions of the reimagined part were finalized and nickel alloy 718 was chosen as the material for the build.

Dimension of the part:

The build preparation and printing of the part on the M Line was overseen by Lisa Kieft-Lenders, team lead and Dennis Boon, a technician at the Shell 3D Printing Center of Excellence and Workshop.

“We have been involved in the project from the outset and have therefore been particularly close to this build and invested in its success. Given this is one of, if not the largest and most complex parts built on an M Line so far, we’ve remained in close contact with the GE Additive team in Munich and were supported, on the ground here in Amsterdam, by their local field service engineers. After some adaptions at the start, the build ran smoothly over nine days,” said Kieft-Leenders.

Post-processing was also completed at the Shell facility, and this was made easier through inclusion of powder removal holes, incorporated by Sonawane Thakker during the design phase. The part was completed in early November and sent to the GE Additive’s booth at the formnext. Following the event, the micromixer will be returned and put on display at Shell’s ECTA.

“We are confident in the M Line’s ability to perform. Indeed, we grasp every opportunity to test it to its limits with both hands. I cannot underestimate the power of collaboration and problem-solving during this project. It has brought together some great additive minds and the end result is not only visually stunning, but it is also substantial in size, complex and equally strong,” said Rob Dean, GE Additive’s AddWorks leader in EMEA. 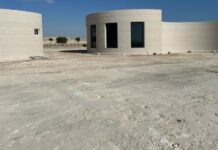 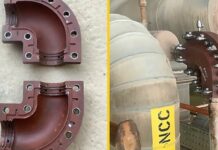 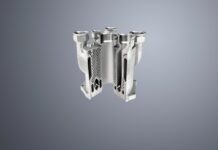