The major difference between the two systems is that Ceramo Zero Max is an upgraded version of Ceramo One; it features the same technology at a smaller scale. With a build size of 150 mm x 150 mm x 150 mm and a resolution of 300 dpi per layer, the machine is capable to print 4 layers per second.

For Kwambio’s CEO Vlad Usov, the objective remains the same as for the Ceramic One: enable users to print prototypes on a daily basis. Furthermore, in the printing process, the object doesn’t require glazing and firing.

As for the Ceramic Two, it is designed to meet industrial needs of companies.

The announcement of these two 3D printers is followed by two additional services: the company’s own proprietary sustainably sourced clay- and glass-based powders, (that come with a water-based binder) as well as optional equipment such as kiln ($3,000) and Depowderting station ($2,000).

Lastly, those innovations might also due to the company’s integration into Stanley+Techstars Additive Manufacturing Accelerator in Hartford. As the company said, speaking of these innovations : “That was a major push in development of a new material: a mix of ceramic powder with aluminum oxide which is used for engineering and metal casting.”

For further information about 3D Printing, follow us on our social networks and subscribe to our newsletter! – 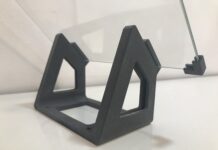 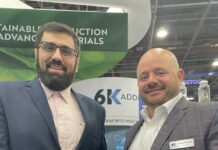 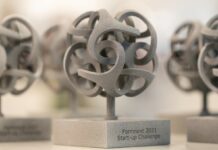 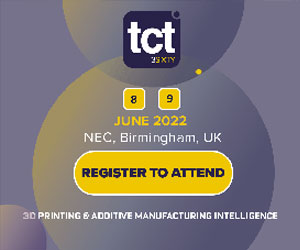