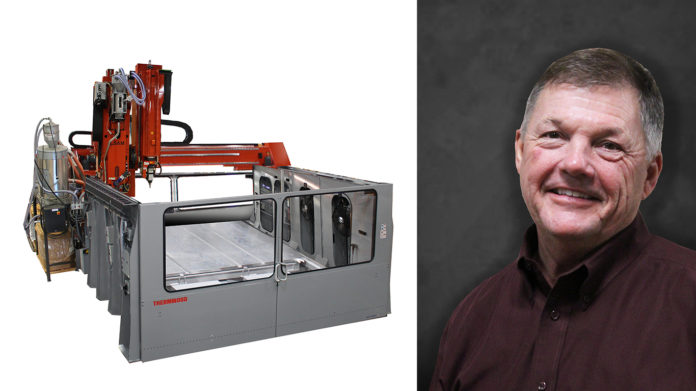 Thermwood’s technology is the only one of its kind in the production of large to very large reinforced thermoplastic composite parts.

Called LSAM (pronounced L-Sam for Large Scale Additive Manufacturing), this hybrid technology requires the capabilities of 3D Printing and CNC routers to deliver the desired part. Simply put, after the 3D printing process of the part, it is trimmed to its exact desired size and shape using a CNC router.

“The LSAM can perform both the “additive” and “subtractive” functions on the same machine. This approach, called “Near-Net shape”, uses carbon fiber reinforced thermoplastic material to quickly create a part that is nearly, but not exactly, the final net shape. The “subtractive” function then machines the part to the exact final net shape”, said Dennis Palmer, Vice President of Sales in a Q&A.

First, the manufacturing process takes place in free space and does not require molds or tooling.

With a build envelope that starts at 10ft (3m) Wide – 5ft (1.5m) Tall – and that can go up to 100ft (30m) in length, Thermwood’s technology can process an array of polymers with varying percentages of carbon fiber fill. We count in this list, the most-commonly used materials of the industry: ABS, PPS, PSU, PESU, Nylon, Polycarbonate, Ultem.

Furthermore, what certainly makes Thermwood’s technology outstanding is its Print Head. Acknowledged for its ability to process filled thermoplastic composite materials at temperatures up to 343°C, their combination with the print and trim gantries would lead to high output rates and better integration between printed layers and the void free printed structure.

“We have over 55 patented features (and over a dozen more pending) that set the LSAM apart from any other large-scale additive system available today.  Features like our chilled roller wheel, vertical layer printing system and LSAM Print 3D software make us the clear leader in large scale additive manufacturing”, explained the VP of Sales.

The US-based manufacturer strongly believes that the configuration of its open moving table CNC routers can also be a key advantage in LSAM.

With that in mind, it has developed a lower cost moving table version of its LSAM technology: LSAM MT. The LSAM 1010 is the new system of this series. The new device leverages the walls from the larger LSAM systems with the gantry, control and sub-systems from the MT.

“Unlike standard LSAM systems, which feature dual gantries operating over a large fixed table, the MT (which stands for “Moving Table”) features a single fixed gantry mounted over a moving table. Available with a 10×10 foot table, this configuration offers several significant advantages, not the least of which is a dramatically lower price”, completed Palmer.

Key features of this new line show a fixed 10 foot by 10-foot table (approx. 9.29 sq mt) as well as a single moving gantry that carries both the print and trim heads – which do not operate at the same time.

To mention tangible applications, this manufacturing process is a viable candidate for the production of tooling, molds, fixtures and patterns, to name a few examples.

In that regard, industries that are likely to take advantage of this technology include the main demanding ones, aerospace & automotive but also boating, foundry and thermoforming.

Pushing the boundaries of LSAM

Just like other manufacturers, Thermwood continuously envision new possibilities that might enable to push the boundaries of its technology.

In this vein, the manufacturer has recently teamed up with CGTech, a software publisher, to simulate both AM and subtractive machining capabilities of their LSAM machines.

The additive and hybrid simulation software will be used with LSAM machines. According to Palmer, “it assures that the tool path is correct, eliminating the possibility of expensive mishaps.”

“VERICUT simulates adding or cutting, in any sequence, making it the perfect solution for verification, simulation and optimization of Thermwood’s industrial LSAM machines”, said Thermwood.

Large Scale AM is a challenging field of AM. It addresses challenges that are not always the same than other AM processes. With the capabilities to combine both AM and conventional manufacturing processes, Thermwood is giving a clear advantage to its users: the possibility to explore applications that are not always doable with conventional AM, and that’s something valuable. 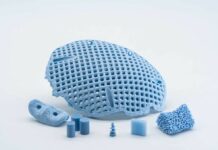 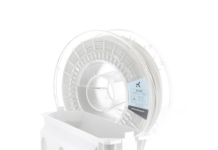 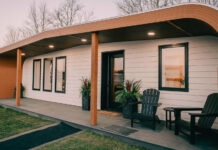